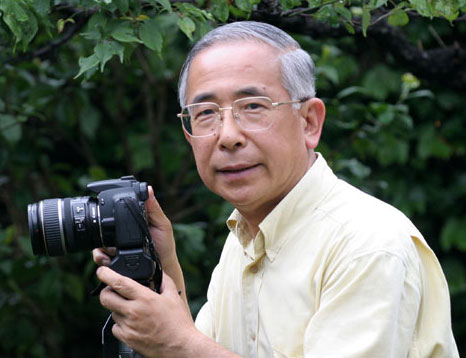 Combining his love of photography with a passion for nature, Takuo Hirata has just released his first series of nature themed image CDs. The first three CDs are entitled Beauty of a Rose, Winged Creatures and Garden Images. In addition to the high resolution images, the CDs include some bonuses (e.g. Japanese characters that can be combined with the images, ready-to-print templates for notepads and postcards, vignettes of some of the images, ready-to-print scarf templates). Each CD features a different set of bonuses.

In addition to the image CDs, two sets of Limited Edition Art Cards were released. The art card sets feature five beautiful photographs that individually are worth more than the $14.99 asking price for the set. One could keep the set intact as a collectible or separate the photos to be framed or mailed as postcards. There were only 1,000 of each set printed, and they will not be reissued. We expect the sets to become quite collectible as people discover Takuo Hirata’s incredible talent.

The three image CDs and two sets of limited ecition art cards were formally introduced at the International Quilt Festival (Houston, TX) in November, 2006 where Hirata-san was a special guest lecturer. Hirata’s lecture was entitled "The Silk Stocking Story" and was very well attended and received. Hirata shared his fascinating family pictures and history about his grandfather’s involvement in heping to bring silk to America.

Individual images (flowers, sunsets, cats, gardens, butterflies, dragonflies, bees, art deco, animals and more) are now available for purchase. A link to that site is below.

Hirata has his own special style combining composition and aesthetics, whether he is photographing insects or flowers, many from his own garden and his favorite public gardens around Japan. Hirata has the patience required to wait for just the right butterfly to land on that perfect flower. His ability to zoom in and capture the butterfly just as he lands, samples the nectar or leaves the flower is amazing.

Hirata’s business partner, Valerie Vavrik, from Seattle, Washington, is an experienced graphic designer and vintage art restorationist. She is excited about working with Hirata and combining their talents. Vavrik’s first design utilizing Hirata’s photography is entitled, “ Pink Explosion.” Selected images were printed on silk satin and chiffon fabric sheets and crafted into a hanging art quilt. Maggie Backman, from Things Japanese, assisted with the construction and bordered the quilt. “Pink Explosion” was on display at the American Sewing Expo in Novi, MI and at the International Quilt Show in Houston, TX. Attendees at the International Quilt Festival in Houston had the opportunity to hear Hirata's lecture and have their art cards and CDs autographed by Hirata-san. Hirata was invited back to the Quilt Festival in Houston for a new lecture in 2007 which was also well received. His Beauty of a Rose wall hanging was on display in the Things Japanese booth at Quilt Festival 07.

To see a fun slide show featuring some of Hirata's yellow photos, check out his MySpace page.